"Jay's exciting talk had everyone buzzing with ideas."-HONDA CANADA 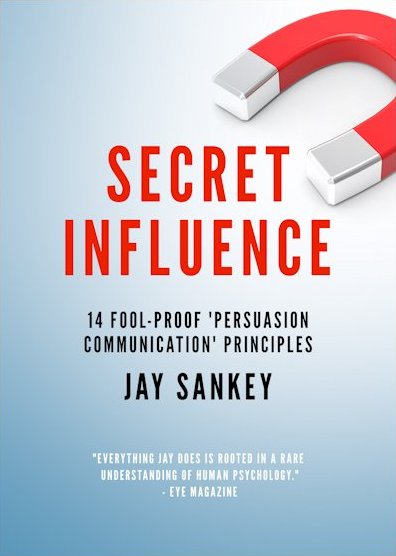 Learn the secret techniques of being more persuasive - Anytime Anywhere!

We all want to be able to influence other people, including clients, friends, bosses, co-workers, customers, our children, husbands, wives, and pretty much everyone else! 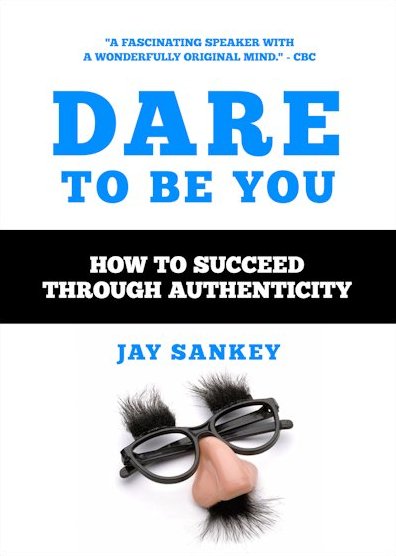 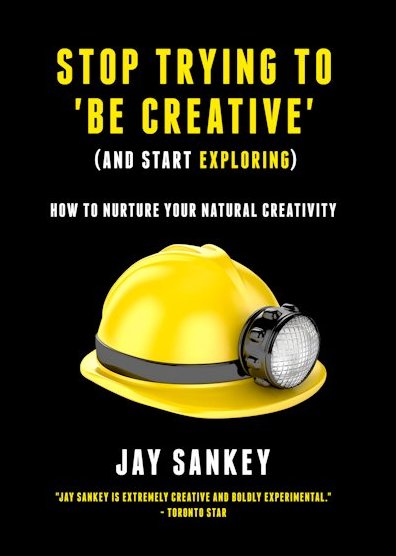 It all comes down to creating belief.

Even though persuasion is about connecting with people on a fascinating variety of levels, and involves key psychology ingredients...the combining of those ingredients - is an art.

One of the keys is to 'leave room' in your messaging (whatever the medium) for people's imaginations to do the 'heavy lifting,' when it comes to creating the all-important 'conditions of belief.'

You'll be able to apply these ingenious persuasion principles and techniques in the boardroom, the bar, on the phone, in emails, with your family, friends, and even your texts and tweets.

Jay Sankey has persuaded publishers to publish his books, corporations to hire him for trade shows, television networks to commission his shows, audiences to laugh at jokes they're 'not supposed to,' and more than 25 million viewers to watch him on YouTube. Jay has even persuaded people all over the world, to believe in things that they know - are absolutely IMPOSSIBLE.